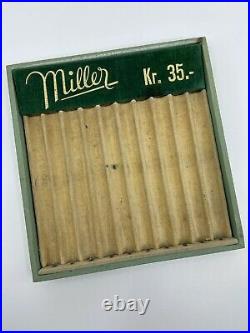 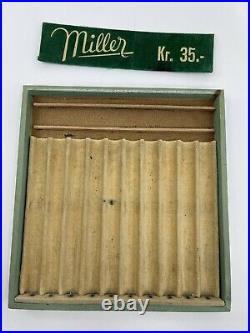 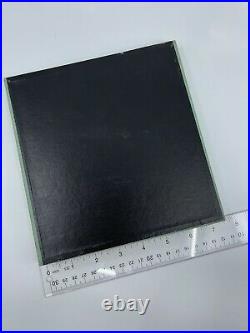 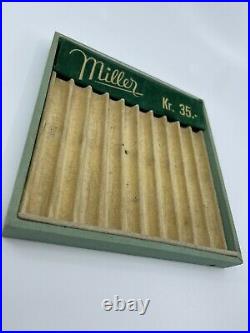 Some information about Miller pens in Denmark. In 1908, Johannes Iversen began to import pens to Denmark with pen brand names including Orion, London, Gefion, and later, Miller and Hoover.

Note that many of the pen names are British or denoting an England or Great Britain origin, even though many of these pens were produced in Germany. But, also, some pens may have been produced in Denmark, since there were several Danish companies producing pens at the time, including Christian Olsen (Penol), Benzon (Big Ben), and Alfred Th. Oberg (Montblanc), and many of these pens bear similarities to these other brands.

It is likely that Orion and London pens were imported before WW I and included eyedroppers, safety fillers, lever fillers, and button fillers. Miller and Hoover pens were introduced in the beginning of the 1930's and comprised push-button fillers and vacuum-fillers (with a patented filling system by Johannes Iversen). Also, some Orion, London, Miller, and Hoover pens from the 1930's are similar/identical in design, materials, sections, feeds, clips, and cap bands. The Orion lever fillers (1920s) the streamlined Orion pens (1930s) were produced by Nielson-Werk GmbH in Hamburg-Blankenese, Germany.

These pens except the imprints are the same as the Merkurit pen models that were produced by Nielson-Werk at the same time. Some Orion and London pens were produced by Mertz & Krell (Senator) and other German pen companies including Siebert & Loven (Matador), Hebborn & Co.

This item is in the category "Collectibles\Pens & Writing Instruments\Pens\Fountain Pens\Other Fountain Pens". The seller is "penol" and is located in this country: US. This item can be shipped worldwide.